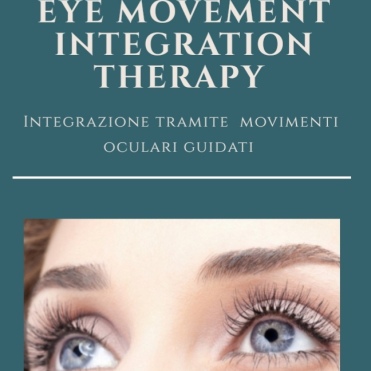 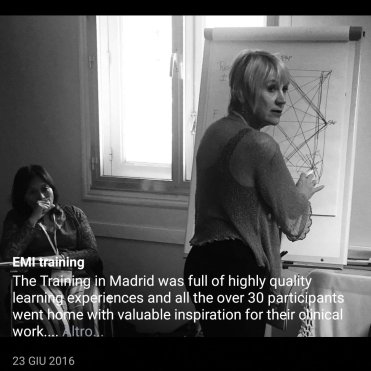 “Eye Movement Integration (EMI) is the magic wand I’ve always desired,” one of my colleagues told me recently. “EMI is the miracle that saved me from the anxiety I’ve been suffering for 60 years,” said a client. In this book Elton and Diego compare EMI to a “Swiss knife”. The eye movement integration is an effective, short and very decent method which help people healing and recovering from trauma, even if we are talking about complex traumas.

For me, EMI is a passion. EMI saved me from Burnout. I discovered EMI in 2006 when Danie Beaulieu came to South Africa in order to attend a trauma conference, there I bought her book. After that, I start training and finally realized that I had something really effective which could help my patients to recover from serious trauma, especially in a place of South Africa where I used to live and where the life is very violent.

I realized that I had to “repay” this chance and help fellow therapists who wanted to learn this powerful way, so that we would have been able to help an increasing number of people who needed. So I became an EMI teacher and I’ve been training several traumatologic therapists all around Africa, Europe. Soon, I will be teaching in Australia and New Zealand.

EMI is a really powerful technique, based on the disoveries of neuroscience. It is able to provide a new tool to the therapists which can help to access, integrate and transform all the traumatic memories of a person so that the post-traumatic rehabilitation can become a reality.

With their book, Elton and Diego are talking about this method using clear, attentive and accessible words. Through this book, they’re giving the psycho-traumatologists in Italy not only a new tool, but also a new trauma understanding and they’re suggesting a way to help patients to recover. They discuss and focus on the various creative and effective ways where EMI can be integrated, as well as supporting the healing process through many different methods.

I highly recommend this book, written in Italian and now translated in English, to all professional people who want to make a significant difference in the lives of people suffering from trauma.